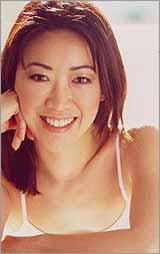 Born to a musical family, Winsome started piano lessons when she was seventeen months old and has been competing in major music festivals both as a pianist and a singer since age 4.

Under the training of her late father Samuel Lee, a renowned professional pianist, Winsome won countless awards in musical competitions. With the encouragement of her mother Louise Lee, a former Principal Music Lecturer, Winsome also studied ballet and achieved 'honors' status in the Royal Academy of Dance examinations. At 15, Winsome won a music scholarship to attend Millfield School in England, where she continued her education and piano studies as well as modern dance.

She was awarded “The Most Outstanding Player of the Year” in the 1989 Mid-Somerset Music Festival, while studying under the celebrated concert pianist Hilary Coates.

Winsome came to the United States to attend the University of Pennsylvania where she was a member of Counterparts, a prestigious jazz a cappella singing group with which she toured from coast to coast. 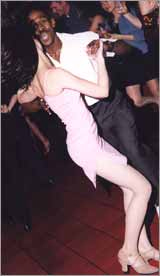 After college, Winsome moved to New York City and rekindled her interest in dancing. In 1993, she began studying Jazz and Latin dancing, concentrating on Mambo and Salsa.

As founder of two popular performance teams – The Latin Jazz Ensemble and La Tormenta Oriental (named by David Melendez), she has performed in numerous venues such as the Supper Club, the Copacabana, the Hammerstein Ballroom, the Latin Quarters, S.O.B’s, China Club, Club New York, The Plaza Hotel, the Pierre, the Hilton, the Asia Society and the Federal Reserve. 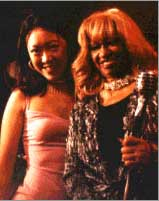 Outside of New York, Winsome travels extensively with both her teams to perform and conduct Salsa workshops in various congresses and festivals. Some of her destinations include Argentina, Dominican Republic, Hong Kong, Italy, Japan, Puerto Rico, Boston, Connecticut, Los Angeles, Miami, Texas and Washington D.C.

A dynamic instructor, Winsome teaches her own “Salsa New York Style” classes in the Big Apple. She has also conducted workshops at Columbia University, NYU, Mount Sinai, and City College. She was the choreographer for Latina Magazine’s 2004 special fashion edition on “Havana Nights”.

As a subject and performer Winsome also appeared in interviews by CNN, NHK, TVB, ATV, Radio Hong Kong, Eve magazine, and the South China Morning Post. She was featured on SalsaWeb as guest writer, and has been interviewed by the Spanish newspaper The San Juan Star on her choreography.

In 2006, Mr. David Melendez honored her in the "Big Apple Mambo Jam" for her dedication and commitment to the Latino dance community.